Bearings are used in the motors that run the elevators at the Empire State Building. #ReliaBALLBearings

We carry a complete selection of high-quality angular contact thrust bearings. Need help in selecting the best products for your particular application? We’re here to make your job easier.

We offer UPS same-day shipping on the best angular contact thrust bearings and a variety of other products.

Angular contact thrust bearings are designed so there is an angle between the races and the balls while the bearing is in operation. An axial load passes in a straight line through the bearing, as opposed to a radial load which takes an oblique path that tends to want to separate the races axially. The angle of contact on the inner race is equal to that on the outer race. Angular contact bearings are typically assembled with a thrust load or preload.  The preload creates a contact angle between the inner race, the ball and the outer race, and can be done during the bearing’s manufacturing, or once the bearing is inserted into its application.

The angle of contact for this particular bearing is measured relative to a line running perpendicular to the axis of the bearing. Angular contact bearings are able to endure heavy thrust loads and moderate radial loads. Larger contact angles allow for higher axial load support, but they lower the radial load.

The larger the contact angle (typically in the range of 10 to 45 degrees), the higher the axial load supported, but the lower the radial load. In high-speed situations (including turbines, jet engines, dentistry equipment and more), the centrifugal forces change the contact angle at the inner and outer race.

Thrust ball bearings are produced in a wide variety of designs and sizes, including:

One thing you guys do that's a big help is finding more common or similar-size bearings when the specific ones I ask for a quote on are uncommon, and so are more expensive than I expected.

By steering us towards a more readily available option, you help us keep our costs down.

You also step up when we ask you for quick turnaround.

Not to mention great competitive pricing and fast delivery! They are not just Bearings either....

If you live in the Brooklyn area and you need bearings, seals, etc look up JRK Bearings on Coney Island avenue. These guys are THE BEST. They only carry the best stuff. I almost made the mistake of using cheap chinesium bearings from amazon and DMW on my first e50 build, but I came here instead. Got 4 NOS European/Slovakian made ZKL 6203's for $20, down from $25 because I made a comment about supporting small business. They are a small, family owned business that have been there for decades, and are SUPER NICE. Plus they know a few good and dirty bearing and shaft jokes/puns... A friend of mine told me he paid $20 for ONE sh!tt chinesium 6201 bearing at a moped shop in the NY area....

Just call em before you go and see if they have exactly what you need.

Got it up and running in only 1 day.

Bearings were supplied by my friends at JRK Bearings.

The Mother Ship, thanks JRK Bearings for supplying our vessels coast to coast. 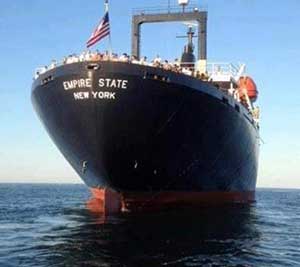